How to Handle Demand Letters

There is a growing awareness of the economic and competitive value of Intellectual Property (IP) rights -- and as a result, demand letters are increasing to initiate a conversation for one reason or another.

If you have received a demand letter, it is likely because a person or entity believes you have violated a specific agreement, law, or obligation that requires you to act (or not act) in a certain way (see good vs. bad demand letters below). Instead of starting by guessing a sender’s motivation, it is far better to understand what a demand letter really is and what to do should you receive one.

What is a Demand Letter?

As its name suggests, a demand letter makes a “demand” that the recipient respect an alleged legal right. It’s “alleged” because only the owner claims it and a court has not yet determined whether an owner is absolutely entitled to that right. Even if the letter includes a reference to a registration certificate for a piece of intellectual property, that certificate is often nothing more than a presumption of legal rights.

A demand letter usually contains a strongly worded “instruction” to do something, or not do something, or else face certain consequences. For example, it might ask you to turn over records, stop selling a product, change the name of your store, or even demand money. Demand letters are routinely sent to start a discussion about an injury that has occurred or may occur in the future. In some situations, a demand letter might be positioned as a “courtesy” - more aptly viewed as a thinly-veiled threat - before resorting to legal action. 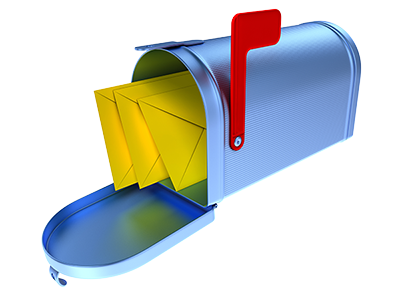 From a practical perspective, the “demand” (also known as the claim asserted in legalese) always depends on the context in which the letter is sent. It is important to understand the argument for how and why you violated a legal obligation/right. Though the tone, language, and intent of the sender will vary in each circumstance, demand letters typically contain the following information about the dispute:

There are two common good reasons (or justifiable reasons) for sending a demand letter. First, sometimes people do things unknowingly or don’t realize they are hurting someone else. It’s also less expensive/confrontational to issue a letter and give the recipient a chance to “make it right” before filing a lawsuit. Second, a letter helps establish “knowledge” of a problem and if not solved in a reasonable time, very bad consequences can occur for the recipient (think of it like special punishment). 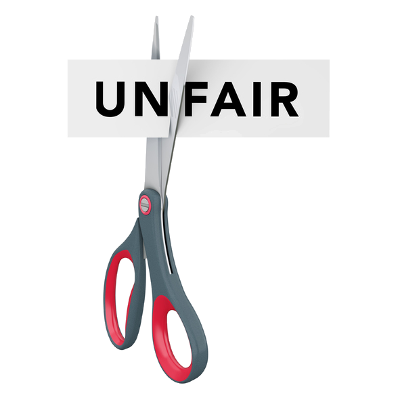 On the other hand, there are times intellectual property holders send demand letters for the wrong (bad) reasons. We’ve seen three common patterns of why this occurs: (1) because an intellectual property holder knowingly wants to expand their rights beyond what they currently have; i.e. they want recipient to get out of the way; (2) an intellectual property holder thinks they have broader rights than they actually do have and is misinformed (more common when owners send demand letters without the help of a lawyer); or (3) they are looking to “shake-down” a recipient for easy money with a questionable claim. There are other bad reasons, such as a personal vendetta, or to force a recipient to buy products, but those are far less common.

Whether sent for good or bad reasons, it’s important to properly assess a demand, the provable facts, applicable law, and the realistic result (called exposure in legalese) before deciding if or how to respond. We will explain more about this in the next two sections.

Regardless of the motivation of the sender, declining to respond to a demand letter might be viewed as an admission of fault in some circumstances (what some non-lawyers view as an “admission of guilt”). So as a practical matter, it is not wise to ignore a demand letter with the hope that the sender is bluffing. Declining to respond will often lead to more and likely greater problems down the road.

It’s best to begin with the perspective that the sender is serious about pursuing their claim against the recipient. And the sender has gone to the trouble of preparing and sending the letter because it’s important to the sender.

Prudent recipients will calmly analyze the demand to assess whether something genuinely seems wrong (either the recipient is doing something wrong or the sender has a bad motive) and what their exposure level could be. Next, after determining potential exposure, the recipient recognizes a demand letter is an opportunity to resolve a dispute in an efficient way. Informed recipients can also assess whether there is a “fight coming,” strongly consider changing their behavior, and limiting the risks accordingly.

Imagine you knew a fire was raging on the hills just beyond your home. Would you shut the front door and simply hope that the fire doesn’t reach your home?  Or, would you diligently check the local news and fire reports to see if it was advancing, while continuing to prepare just in case it reached your home?

Regardless of the position you find yourself, the actions you take when you receive a demand letter should be carefully calculated -- the first response to a demand (or lack thereof) can influence and determine the direction and ultimate outcome of the dispute.

The recipient of a demand letter has options. For example, if you should receive a letter you can agree to do exactly what the sender has demanded to resolve the dispute, contact the sender to communicate and explain your position (i.e. intent to comply, refusal to comply, or give reason why the demand is bogus), negotiate a compromise, ignore the demand entirely with the understanding that a lawsuit may result, or consult with your own attorney to evaluate which approach is best suited for your circumstance.

As a practical matter, it is typically ill-advised to contact a sender’s attorney to discuss the facts and law of a demand letter without securing a lawyer of your own.

Other Issues to Consider

Regardless of the demand sought and how unreasonable the deadline may seem, it is prudent for a recipient to make timely contact with the sender and it doesn’t need to be comprehensive at first. Even if only to confirm the receipt of the demand and commit to a future response such as “thanks for your letter…I’m busy interviewing lawyers and need one week before I hire one who I expect will respond to you by [insert date]!”. Prompt acknowledgment ensures the sender that their claims are not being ignored, and helps keep the situation from escalating.

The course of action the recipient chooses to pursue should always depend on what is at stake. Did the demand set forth a legitimate claim? Are you or your business in a situation where you may genuinely be concerned about infringing on another’s right? Should you continue to sell the product that was the subject of the demand? Was the demand letter the first indication of such a situation? You will want to select a course of action that considers your business objectives as well as the following:

It is usually best to first do this analysis yourself as a “pros and cons” list, and again, seek the advice of a lawyer who can help filling in any blanks and/or raise issues you may not have considered. Preparation is the key to a less harmful and/or more positive outcome