What’s in a Domain Name?

A domain name – also known as a URL – is a powerful opportunity for brand owners to allow their consumers to easily find the brand owner’s website. For example, our law firm’s website www.NexioLaw.com is an abridged version of its trade name Nexio Law Firm. When performing a Google Search, potential clients should have a high degree of confidence when clicking on www.NexioLaw.com, that this link will lead them to our firm’s website because it is so close to the firm’s name.

Using that same logic, a person who sees www.mtv.com or www.macdonalds.com might think those domains would redirect to websites for the MTV channel and McDonalds restaurants, respectively. And they do… now. But at one time those domains were held by others who controlled their fate – and not by the owners of the respective trademarks.

It’s a problem. But solving these cases are far from clear cut.

For example, what comes to mind when you see “Google?” Beyond thinking “search engine,” you’ve likely used both as noun and verb to reference specific products and their usage! How many people actually “Google” something?  Reports indicate that Google has won over 750 domain disputes, but has lost early-stage proceedings as well (e.g., Goggle.com). Despite this track record, Google’s ability to maintain rights over its own trademark was the subject of a 2017 U.S. Supreme Court case that was seeking to undermine all past and future cases.

Our point here is there is tremendous power in a name. And you, just like the owners of MTV, MacDonald’s, or Google, do not want anyone else using yours—especially as a domain name. It’s your right and obligation to protect your trademarks whether in print, on packaging, on the internet, or as part of a “confusingly similar” domain name.

Nexio Law Firm can help!  We know how to resolve both domain name disputes and cybersquatting claims. 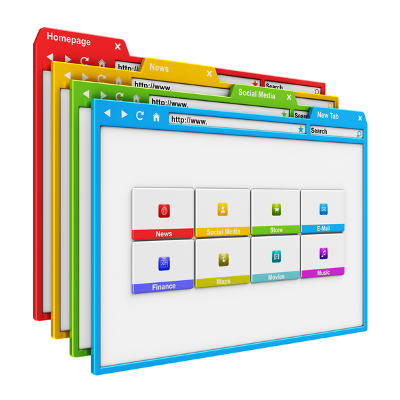 Domain name disputes sometimes occur because people the register a domain and don’t realize it might be too close to your trademark. Other times people think their use is different enough. In the more egregious cases, someone will register a domain name that is “confusingly similar” to your brand in hopes of redirecting traffic to their website. Irrespective of the intent, the key question always boils down to the same general consideration--given the totality of the domain name and associated website offerings, how likely are consumers going to think it is sponsored by, affiliate with, or endorsed by the trademark owner?

Domain name disputes are usually resolved in federal court or by way of the Uniform Domain-Name Dispute Resolution Policy (UDRP) at ICANN. UDRP cases tend to be faster and less expensive, but does not allow for the recovery of money damages. Federal cases, on the other hand, allow for a greater number of remedies.

What if the domain owner doesn’t have a website? Rather, they “holding it hostage” until you pay a hefty ransom for it. Except in narrow circumstances, this “non-use” might eliminate recovery in domain name dispute proceeding or even a trademark infringement lawsuit.  The Anti-Cybersquatting Consumer Protection Act (ACPA), 15 U.S.C. § 1125(d), was specifically designed to create remedies against those that register, traffic in, or use a domain name with bad-faith intent to profit from the goodwill of a trademark belonging to someone else.