When it comes to high fashion, counterfeits are becoming almost indistinguishable from the authentic goods. Cost then becomes the determining factor for many individuals when it comes to deciding to save up for a designer piece versus scouting out a fake. Many individuals justify evading the high cost of couture fashion and turning to cheaper replicas because of the false belief that there is no real harm being done. Right? Actually, the answer is a lot more convoluted than that.

Fake designer bags are only a part of a $500 billion global underground market of counterfeit goods. U.S. authorities claim that a portion of those profits fund terrorist groups worldwide. Between 2005 and 2006, the Department of Homeland security seized roughly 14,000 counterfeit goods, totaling $155 million. New York City alone, housed a platform for $80 billion worth of counterfeit sales. This cost nearly $1 billion in lost sales tax revenue. This is lost funding towards social programs for the city’s residents and gained income for the underground manufacturers that fund many terrorism groups. U.S. authorities concluded that the group responsible for the attack on French publication, Charlie Hebdo in 2015, funded their weapons with sales of counterfeit Nike sneakers.

Union des Fabricant (UNIFAB), a French organization whose aim is to increase awareness, inform and support businesses against the counterfeiting industries worldwide, released a shocking report in 2016. The report revealed that the counterfeiting trades market produced more revenue than prostitution and drug trafficking combined. The report went into further detail about how terrorists use the saleof counterfeit goods to launder money used to fund their activities.

The mentality that buying a counterfeit item doesn’t hurt anyone is exactly why this underground market is able to be successfully sustained. So, the next time you are tempted to save an extra buck and buy a knock-off bag, remember that this is not a victimless crime, but one that potentially has catastrophic consequences. If you suspect someone of producing counterfeit items, report them to your local authorities and spread the word about how this is not a victimless crime.

Protect Your Brand Against Counterfeiters 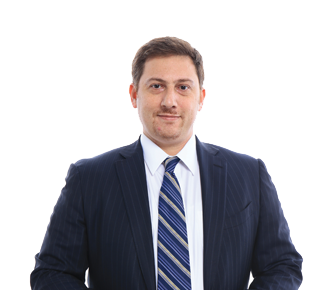 Imran F. Vakil is an intellectual property lawyer and business litigator. Having been attorney of record in over four hundred state and federal cases, TTAB actions, arbitrations, and mediations, Imran has expertise in the litigation of trademarks, trade dress, copyrights, trade secrets, patents, unfair competition and commercial disputes. With an excellent record, Imran has successfully generated tens of millions of dollars in verdicts and settlements for his clients.